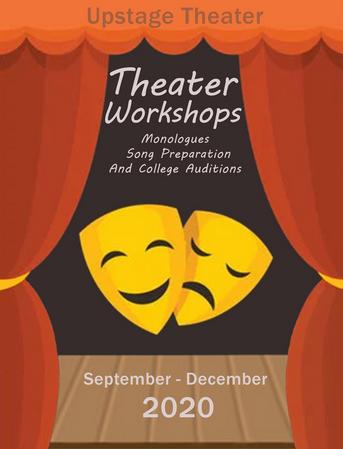 Cassidy Stoner: Cassidy Stoner is a NYC based actor, singer, and dancer.  Cassidy recently concluded 2 years on tour with Disney's Aladdin.  Originally from Albemarle, NC, she first began her training in New York under the instruction of the Joffrey Ballet as a part of their pre-professional program.  After years of classical dance training, Cassidy found her passion for acting and singing and was later accepted into Pace University's prestigious musical theater program.  While at Pace, Cassidy worked alongside Broadway veterans such as Baayork Lee, Jacob Brent, & Graciela Daniele.  Cassidy made her television debut in 2018 on the hit show Full Frontal with Samantha Bee as a back up dancer for esteemed Broadway personality Javier Muñoz.

October 17, 2pm-4:30pm PDT: Workshop on the art of directing and applying for directing programs with Jules Garber.

One-on-One Coaching also available for attendees of the workshops.

Jules Garber: Jules Garber is a junior Directing and Performance major at the University of Michigan.  She is a co-founder of Upstage Theater where served as its Artistic Director for three years and directed Upstage Theater's productions of Heathers, Punk Rock, Spring Awakening, The Complete Works of William Shakespeare (abridged) and The Hunchback of Notre Dame.  While at the Michigan she directed Falsettos (Basement Arts), Water By the Spoonful (UProd - Assistant Director to Geoffrey Packard) and will be directing the  upcoming Musket spring musical.  She is also an ensemble member of #ourdigitalstories.