SPECIAL THANKS TO
Lily Brown, Jim Munzenrider, Cody Alan, Cory Combs, Wren Sakai, Kyle McCracken, Castilleja Prop Department, Bonnie Fought, Jon Garber, Dan Shaindlin, San Bruno Rec Center, the MVCPA ... And the cast members’ wonderful parents.
Bonnie Fought, your devotion to this project, at every step of the way means more than we can ever say.
Dan Shaindlin, none of this would have been possible without your mentorship and help along the way. Thank you.
Alex, Robert, and Tali Levy thank you all so much for your support. It means so much.

Welcome to the inaugural production for Upstage Theater! This production really started circa 2013, when I saw the movie Heathers for the first time. A cult classic, it touched a generation of high school students in the 1980s with its dark exploration of the challenges of teen the years – cliques, power struggles, bullying, sexual orientation, depression, and suicide. These themes still resonated with me, 30 years later and sparked my love of all things Heathers.
Then, in 2014 Heathers: the Musical hit the off-Broadway stage.  While I never got to see the show live, I spent most of that summer mesmerized by the soundtrack. As I started high school, I related to Heathers more than ever. I knew then and there that somehow, I had to do this show.
Realizing that there were few companies that would be willing to take on this production, I dreamed of mounting a teen production – by teens and for teens, made to allow teens to put on daring shows like this one. I reached out to my friend, Zoe Levine, stage manager extraordinaire. As I described the plot of the show, she stared at me like I was a madman, but soon she was hooked as well. Over the summer we founded – Upstage Theater – a theater group where teens owned the entire production process from start to finish. We did our first round of fundraising, located a theater and secured the rights to the show.
Our production trio was completed when Jessa Mellea joined the group. She was a game changer – stage manager, director, friend, and best of all, she shared our sheer passion for the show.
Along the way, we have been so fortunate to have a fabulous cast, wonderful mentors, and the support of the Mountain View Performing Arts Committee and the Mountain View Center for the Performing Arts. Dan has been my rock in making this show he’s has helped in too many ways to count, and has helped grow the show more than I could have ever imagined. Without all of these pieces coming together, this production would not have been possible.
I hope that the journey of the Veronica, the Heathers and all of the characters at Westerberg High touch you as they did me and you find your happy ending. Thank you all so much for coming out to support us! 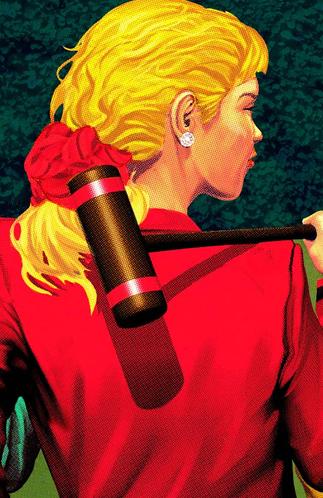