Jessa became involved with Upstage in the Fall of 2015. She had worked in theater since she was in Kindergarten and spent three years with Upstage Stage where she stage managed six productions: Heathers, Punk Rock, Spring Awakening, Complete Works of Shakespeare (abridged), Rosencrantz & Guildenstern, and the Hunchback of Notre Dame.  She is currently studying at Brown University where she continues to work in theater! 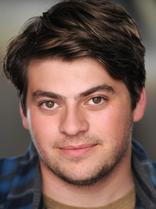 ​Julianna had the idea for Upstage in the spring of 2015, when she noticed a lack of high school student-run productions. After attempting to create a theater group at her school, she realized that the group's mission was such that it had to become its own entity and Upstage was born. Julianna directed Upstage's productions of Heathers, Punk Rock, Spring Awakening, Complete Works of Shakespeare (abridged) and the Hunchback of Notre Dame.  Julianna is currently pursuing a BFA Directing and a BA in Film, Media & Television at the University of Michigan.

Val is motivated to use creativity and the arts to help challenge views of our world and bring humankind together. He is thrilled to be joining the Upstage team as artistic director! They enjoy exploring different aspects of theatre, including acting, directing, and design. After working on the past season of shows, he is excited to start this new chapter with Upstage!​

Upstage Theater is a completely teen-run theater company that provides opportunities to teens of all backgrounds from across the Bay Area to participate in every aspect of theater, allowing them to hone their skills in both acting and production work. We are dedicated to creating safe spaces to examine what it means to be a teenager through material written by or about teens that they would typically be unable to participate in in a school or community theater. 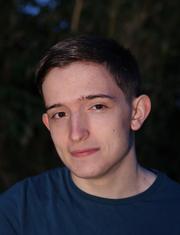 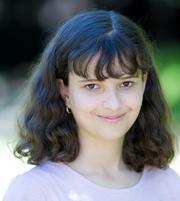 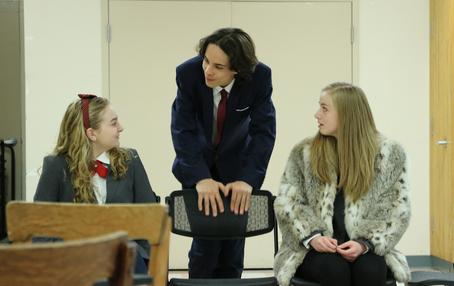 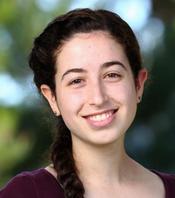 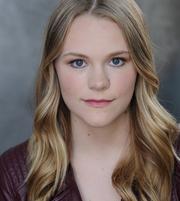 Nicolas served as the artistic director at Upstage for the 2018-2019 season,  He also assistant directed Upstage Theater’s Punk Rock and directed Rosencrantz and Guildenstern are Dead, The Aliens, and co-directing Bare. Nico is continuing to pursue his love of theater at UNCSA where he is pursuing a BFA in Acting.

Megan served as the Artistic Director for the 2020-2021 season. Prior to that she assistant stage managed Upstage Theater's productions of The Aliens and Bare: A Rock Opera.  She is currently studying at the University of Southern California. 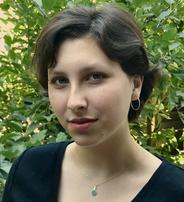 Naomi has worked on theatrical projects throughout the Bay Area and Upstage has given her the space to explore multiple aspects of theatre in a safe and encouraging environment. She worked on a total of eight productions with Upstage Theatre over three seasons. Naomi is honored to have served as the Artistic Director for the 2019-2020 season and to have directed Radium Girls and Witness for the Prosecution. Naomi is currently studying Stage Management and Technical Theatre at the Royal Welsh College of Music and Drama in Cardiff, Wales. 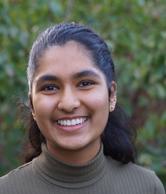 Trishla served as the Artistic Director for the 2021-2022 season. Trishla’s first foray into theatre was through Upstage’s production of Radium Girls. She has worked in Stage Management and Costumes for five productions with Upstage, and a variety of other shows throughout the Bay Area.